If you’re wondering why your australian shephrd is growling, and more importantly, how to stop it, then you’ve found the right article! Not only will you find out all of this, you’ll also learn what not to do and get a step-by-step guide to stop them growling once and for all!

First Of All, Why Is Your Australian Shepherd Growling?

There are a whole bunch of reasons your Australian Shepherd could be growling. And before you can stop the problematic behavior, you first need to understand what’s causing it. So here are the different reasons your pup might be growling!

If your Australian Shepherd shows signs of aggression when a stranger, another animal or dog approaches you them or their “territory”, it’s most likely that their territorial aggressiveness prompts them to growl.

This means that your Australian Shepherd is scared of the unknown person and presumes any unfamiliar object as a threat. They respond to the object by growling and trying to attack the object.

However, with big dogs, the situation can get out of hand. The growling can turn into barking, or worse, biting. It’s important to pay attention to the source of their behavior and then deal with it accordingly.

Not only will you have problems around your guests, but a peaceful stroll near your house can also turn into a hard task if your Australian Shepherd growls when an unfamiliar person is near them.

Carefully notice whether or not your Australian Shepherd might not like being around other dogs. They will react similarly to territorial aggressiveness, but it’s termed protective, aggressive behavior. Your Australian Shepherd may assume that another dog in the vicinity is a harm to you or itself and thus may start growling at you as a warning. Competitiveness may also have a part to play here.

Fear is one of the biggest triggers of aggression. If your dog is scared, its first response would be to attack the object triggering their fear. Hence, they may begin to growl. Like any other dog, your Australian Shepherd may be scared of fireworks, crowds, or new places.

Dogs have a natural instinct to guard their food. If you try to pet or hug them when they’re eating, they’ll probably growl at you. Another reason why they may constantly bark at you is that they’re hungry. The hunger may also indicate other issues.

Your Australian Shepherd may have digestive problems that cause it to be constantly hungry, or you may not be feeding it according to its dietary requirements. Bigger dogs will require more food and have large, diverse diets, unlike puppies, who mainly eat the factory formula food.

Check out this video on how to stop food aggression without force:

There have been many cases where rescue dogs have bitten their owners or mauled other dogs. Many rescued dogs suffer from PTSD or some other psychological trauma instilled by past experience.

For this reason, many people avoid adopting a rescued Australian Shepherd. Australian Shepherds are mostly bought as guard dogs for security. During their service, it’s very likely that they may have experienced assault towards them. This trauma leads to anxiety behavior or PTSD.

Sudden bouts of aggression, produced by trauma, are unpredictable. Since, unlike your human counterparts, you cannot communicate with your dog effectively, it’s important for you to consult a vet or an animal rescue specialist. Aggression can be a warning symptom of a psychological attack that owners often cannot distinguish from normal aggressive behavior.

Many Australian Shepherds, due to lack of proper socialization, diverge from their normal placid behavior when they are placed in situations unfamiliar to them. Instantly, they feel unsafe and may begin growling at you. 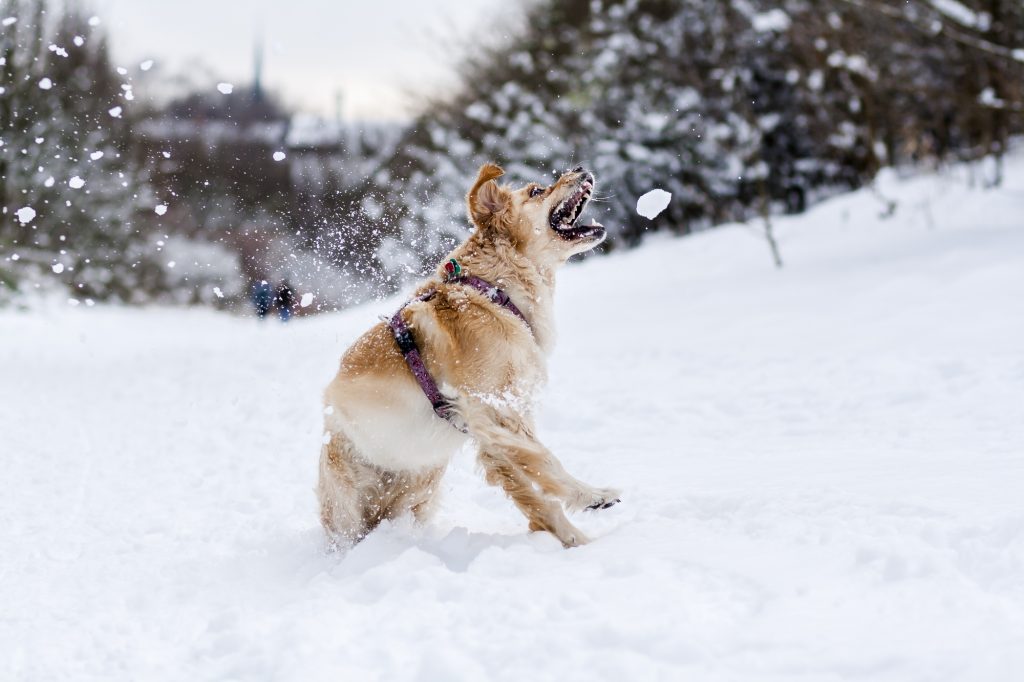 While there are many possible explanations for your Australian Shepherd’s growling, there are as many chances that you are misinterpreting that behavior due to myths regarding their traits. Not all noises are growling, and not all growling is indicative of aggressive behavior.

Here are some reasons that signify that your Australian Shepherd means no danger.

Frequently, owners confuse growling with rumbling. Growling is accompanied by alarming body signs, while rumbling can be described as akin to the cat’s purr. Australian Shepherds are affectionate and family-loving dogs. When you pet them, they will make deep noises at the back of their throat, showing content and happiness towards their owner.

Your Australian Shepherd may be trying to get your attention to alert you about something that may potentially be threatening. They will growl aggressively at you until you follow them and pay attention to what’s causing the fear. It can be some physical discomfort or aggression towards an intruding stranger or another animal.

Anxious to meet their owners, Australian Shepherds will growl and bark when they finally unite with you. Their growls and barks when you come home after a long day show that they are happy to meet you.

Like many other dogs, Australian Shepherds growl when they’re enjoying themselves. They may display their excitement over chasing a toy by thunderous growling and even biting the toy that they’re playing with. However, even though it’s nothing to worry about, some behavior in Australian Shepherds should be kept close because biting an object isn’t healthy behavior.

Just imagine how great it will feel to finally be able to have a calm, happy dog, not one that’s constantly growling when you approach them. Instead, you’ll have the peace of mind that you have a well-behaved pup, and the boundaries you set for them will always be there, EVEN IF YOU’RE NOT.

How To Stop An Australian Shepherd Growling At Their Owner

Observe Why Your Dog Is Growling

Your dog may be growling because they don’t like the behavior you’re showing. Once you clearly identify the source, you can ensure that your dog doesn’t interact with it. If your Australian Shepherd happens to encounter the triggering situation, try to neutralize it instantly in a calm manner. Observe how your dog reacts to different stimuli – whether it’s snarling, biting, or growling.

If your dog tries to bite you, simply walk away. Do not try to show any dominance over the dog. They may begin to respond negatively. Growling at you is your dog’s way of getting your attention. When you ignore them, they’ll learn that growling doesn’t work and will stop their behavior.

Exposing your dog to aggression triggers in a controlled situation can help you determine why they’re growling. Once you know this, you can remove the source and stop their growling.

Australian Shepherds are extremely obedient and intelligent. By rewarding them for their positive behavior, they will conceive that behavior as good and repeat it frequently in hopes of a reward. Hence, every time they get your attention by not growling, reward them.

Australian Shepherds are a family-loving dog breed, contrary to the myths. They develop a companionship with their owner and are extremely loyal to them. Isolating them will only make them more sensitive to various situations.

If you keep them isolated, they will snap at any minor threat. Socialize your dog by taking them on walks and meeting with other people. Encourage them to play with other dogs in parks or social places under your supervision. This method will breed comfort in them and won’t let them get scared easily.

Here are 3 easy steps to help you socialize your Australian Shepherd:

By communicating with hand gestures and vocal commands, they will understand what you want and will react accordingly. During your training, use positive dominance to teach them the command to stop growling.

How to Stop Your Australian Shepherd Growling

As the owner of an Australian Shepherd, it’s your responsibility to adjust their behavior. Luckily, there are a lot of ways for you to do so. When your Australian Shepherd starts growling, and you’ve figured out the reason, here are some things you can do:

What To Avoid Doing

We can make mistakes when training our dogs, which may further aggravate the aggression in them. Here are some common mistakes to look out for:

Australian Shepherds can be incredibly frustrating when it comes to training. They are easily distracted, excitable, and aloof. If you discipline them during training, it’ll feel like punishment to them, and they will not respond to your efforts. Instead, they may growl at you constantly.

No matter how challenging the training gets, never lash out. Never hit your dog or scream at them. Your aggressive temper may instill fear in the dog, who will react negatively. A feeling of distrust will then be established between you and your dog. This can lead to dogs being under constant anxiety and may cause them to growl at their owners.

By rewarding your Australian Shepherd constantly, when the situation doesn’t call for it, you can make them dependent on rewards. In these situations, your dog may growl or bark when they’re left unrewarded.

Australian Shepherds are lovable and obedient dog breeds. If well-treated and trained with patience, their aggressive behavior towards their owner decreases. Though some Australian Shepherds may growl at their owners, they rarely intend harm. Their growling behavior is usually indicative of something else and is easy to get off.